A Flood Insurance Rate Map (FIRM) will be completed soon by the Federal Emergency Management Agency (FEMA) for significant portions of eastern Coachella Valley. This will enable property owners to make informed decisions about reducing flood loss and mitigating potential damage from flood hazards. The maps also help FEMA and the Coachella Valley Water District (CVWD) to review proposed developments and to plan for and respond to flooding in the region.

Most of eastern Coachella Valley will be rated as a higher risk flood zone, which is known as a Special Flood Hazard Area (SFHA). Previously the region was designated as an area of undetermined flood risk (Zone D) and the remainder in Zone X. Once the FIRM is in effect, tentatively scheduled for Sept. 16, 2016, all federally regulated or federally insured lenders must require anyone with a mortgage for a home, business and many other types of buildings to carry flood insurance. Depending on the language within the loan documents, some mobile homes could be affected by the mandate.

Contrary to popular belief, when floods occur they are not necessarily declared national disaster areas, and even then federal government assistance usually comes in the form of loans that have to be paid back, according to FEMA. The National Flood Insurance Program (NFIP) was established by Congress in 1968 to ensure that people could purchase flood insurance.

Anyone who built their mortgaged structures in compliance with the flood map in effect at the time of construction, or if no flood map was in effect, can save money by purchasing a Preferred Risk Policy (PRP) before the FIRM is in effect. The PRP premiums will be lower for an area of undetermined risk compared to what they will be for structures within a SFHA once the FIRM is completed.

Flood insurance is available through FEMA’s National Flood Insurance Program (NFIP), provided by about 85 insurance companies and written through licensed insurance agents familiar with the program.

Workshops are being hosted in October in Oasis and Mecca and a letter to affected property owners was mailed out in September with additional details.

A wealth of information about flood maps, insurance requirements and other flood-related topics is available at. www.floodsmart.gov. 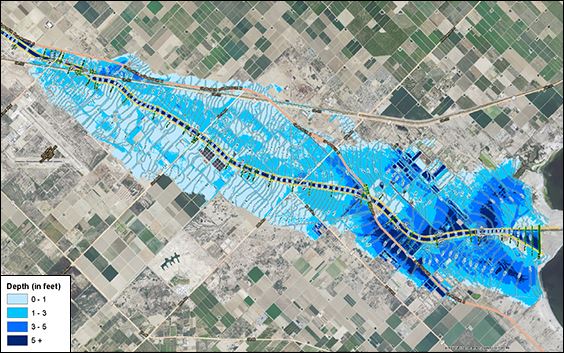 Publications and other information available here: